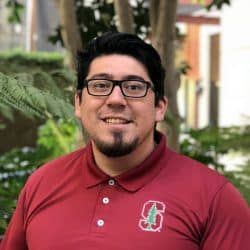 Self-driven and independent, Jerardo is motivated by hard work and determination. He loves communicating with people and building relationships, thrives on challenge, and is a quick study. Jerardo has developed various valuable skills throughout his life. He worked in the car rental industry for over two years, and during that time, he learned to multitask and build relationships with customers from diverse backgrounds. He played college Football and started all four years, which taught him leadership and perseverance. Postgrad he worked as a Marketing Research Manager for a crowdfunding company, and he learned how to network from angel investors and startups.

Jerardo was born Santa Maria, California and raised in a little town called Nipomo. He attended Menlo College where he received his bachelor’s degree in Marketing. He is the first generation in his family to obtain a college degree, and as the oldest of four children, Jerardo has worked hard to set a good example as a role model for his siblings. Jerardo enjoys drawing, reading comic books, and anime. He spends much of his time customizing sneakers and building his side business, about which he is very passionate.