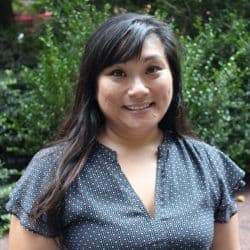 Kelsey is a Licensed Acupuncturist who is passionate about helping people reach their wellness goals. She loves a good challenge, and feels like each new experience provides an opportunity to grow and learn. At 18 years old, she was suffering from back pain as a result of a car accident, and that’s when she was introduced to acupuncture. After a series of treatments, her pain went away, and she knew she had found something magical.

Kelsey has over six years of clinical experience in both spa and rehabilitative settings. She started as an acupuncturist aboard Disney, Carnival, and Royal Caribbean cruise lines. Kelsey was able to introduce acupuncture and Traditional Chinese Medicine to thousands of passengers onboard. She has since settled in New York, and has spent the last three years working in multidisciplinary settings alongside chiropractors, physical and massage therapists, and pain management doctors. She has also worked with Exhale Spa Central Park South as well as a community-style acupuncture clinic, City Acupuncture.

In her spare time, Kelsey enjoys exploring the city or staying active outdoors by working out, hiking, playing volleyball, or practicing yoga. If she isn’t doing something active you can catch Kelsey being entertained by a Broadway show. Kelsey believes that every day brings an opportunity to try something new.